Hi, there!  I’m Ben.  You probably saw me on Fox’s MasterChef with Gordon Ramsay.  I assume that, because you found this page, you’d like to know a bit more about my background…so here goes! 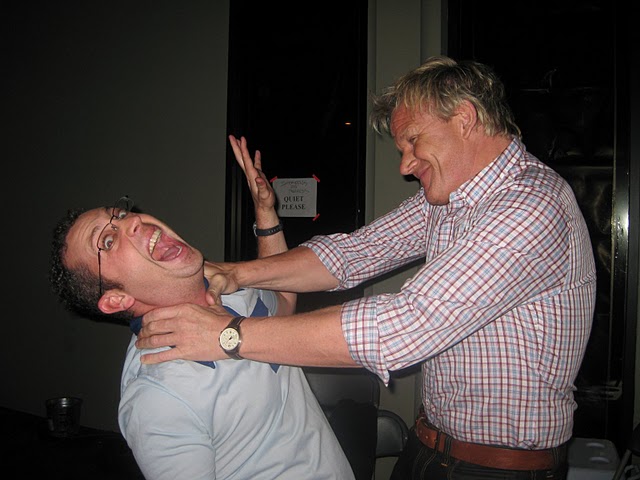 Gordon playfully strangles me the night I get eliminated from MasterChef

I was born in San Antonio, Texas on July 14…that’s Bastille Day for those of you who know French history, and it’s also the anniversary of the day Billy the Kid was gunned down by Sheriff Pat Garrett in Lincoln, New Mexico.

I grew up in Abilene, Texas, which is a relatively small city about 3 hours west of Dallas, basically in the middle of nowhere.  I lived on what you might consider to be a small farm, surrounded by sheep, pigs, goats, and chickens.

I started learning to cook at age 4 when I took an interest in the way my grandmother, Meemaw, was making toast in the oven.  (We were too poor to own a toaster oven, especially when the main oven did the exact same thing.)  I demanded that she teach me, so she took out a loaf of stale bread and a stick of margarine (don’t ever eat margarine, by the way, it’s all trans fat) and she set me to practicing.  About an hour later she was walking by the kitchen when she heard me bragging to myself, “Who ever heard of a 4-year-old making toast?” 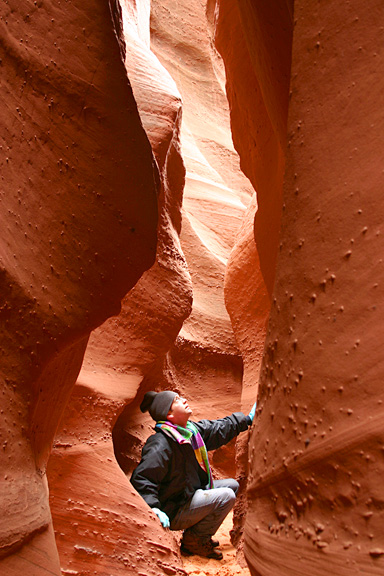 In the depths of Spooky Gulch, hidden deep in Utah’s canyon lands

I like to think I’m a little more humble about my cooking these days, but I have learned a lot since I was four.  Both my grandmothers and my mom were housewives and cooked 3 meals a day, so by the time I left for college, I was pretty skilled in the delicate art of Southern cooking.  After a few years of college, I accidentally stumbled into a job as a travel agent and started roaming the world.  But I found it more fulfilling to stay with local families, rather than in hotels, and this is how I learned to cook a variety of foods from other cultures.

To date, I’ve tromped across more than 40 countries on all 7 continents.  I’ve crawled through water-filled caves into tiny chambers filled with skeletons in Central America.  I’ve frolicked with tens of thousands of penguins and swam in hot springs with elephant seals in Antarctica.  I’ve been in car wrecks on the Sinai peninsula and been rescued by Bedouins on camelback.  In 2007 I appeared four times on The Rachael Ray Show, in the summer of 2009 I appeared on season 1 of HGTV’s All American Handyman with Mike Holmes, and in the summer of 2011 I appeared on the season 2 of Fox’s MasterChef with Gordon Ramsay.  I grow my own vegetables and fruit.  I brew my own beer and wine.  I cure meat and make aged cheeses. And I have a flock of free range chickens in my suburban back yard.  Hiking, canoeing, and caving (cave exploring or “spelunking”) are my hobbies.  I reside in Lewisville, Texas, (a suburb of Dallas) with my partner of 14+ years. 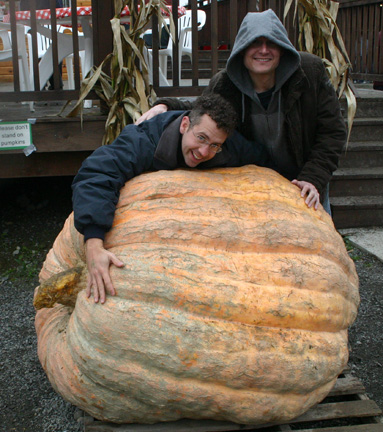 Hugging my favorite ingredient at a rural festival near Seattle

I am extremely concerned about our country’s move toward industrialized agriculture and nation-wide distribution over the past 30 years.  I am a die-hard fan of local family farms which sell to local grocery stores, rather than having your arugula trucked 1,500 miles from California’s central valley…of eating foods seasonally (you don’t need fresh peaches or asparagus in February, people, they’re being shipped all the way from Chile!)…of bolstering our local economies by supporting local family farms rather than massive industrial farms 10 states over…moving away from the “Certified Organic” logo which has become utterly corrupted by powerful mega-farm lobbies and is out of the reach of most family farms and certainly no longer means organic…focusing on sustainability and good animal and land husbandry rather than obsessing over the term “organic.”  I am deeply disturbed that this generation of children (and, in fact, virtually all city dwellers of any age) have little or no connection to the food chain and are suspicious of anything that does not come wrapped in a box to be microwaved or received through the window of a fast-food chain.  I can’t be distilled into the common conceptions of a “tree hugger” or a “hippie.”  I am the new generation of concerned individual who realizes that we can’t keep producing food the way we’re doing it without eventually poisoning ourselves and our children and our planet.

My dream is to open a small, sustainable, off-grid guest farm on the Big Island of Hawaii where people can come and learn where their food comes from, see how meat animals can be raised with care and respect, see how easy it is to leave the grid and produce your own electricity and water practically for free, and to enjoy eating the freshest food and drinking the most delicious microbrew they’ve ever had.  Click here for more info, if you’d like to get involved.

I am the wealthiest person I know.  Not from money, for I have almost none of that.  My life is rich because I have the most fascinating and devoted friends, fans, and family of anyone I know.  Without them, I’m nothing. 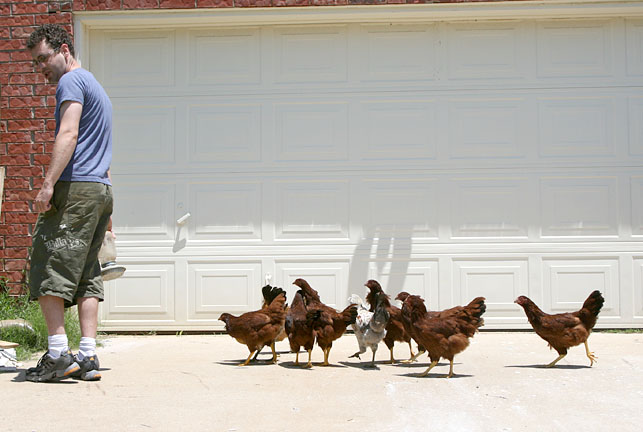