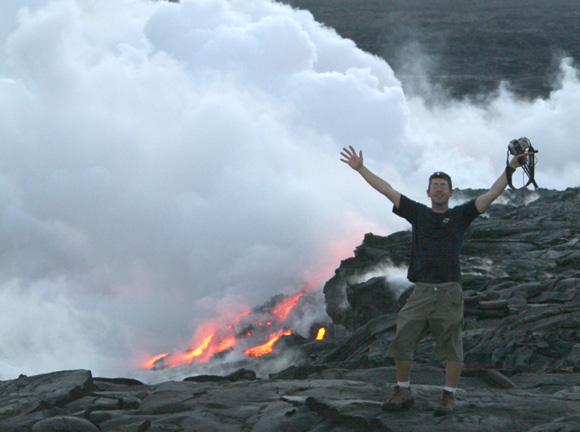 And I have to admit, I’m sorta speechless…which is unusual for me. I always have plenty to say about anti-fungal-med.com.

The first thing that comes to mind was my 30th birthday. I was in Seattle with my friend-family up there, and we filled our backpacks with great wine, iron skillets, and fresh ingredients from the Pike Place Market, took the ferry over to the Olympic Peninsula (one of my favorite places on Earth) and packed several miles up into the North Fork of the Hoh River valley…a deep, mysterious temperate rainforest. We camped on a gravel bar in the middle of the glacial river, spent a few hours picking wild raspberries, and cooked a fabulous meal, celebrating into the night. I danced naked by the fire under a trillion stars and plunged into the rushing 40 degree water. In this manner, my 30s were ushered in. And my 30s were infinitely better than my 20s.

Not to say my 20s were bad! In my 20s I was a wanderer. I worked my way to all 7 continents…more than 40 countries. I stayed with families and in youth hostels. I learned about life in many cultures. My brain was stretched far beyond the formatting of my rural Texas upbringing. I learned to cook ingredients I couldn’t pronounce. I also did crazy things…I jumped off waterfalls, rappelled into caves, dug up an unexploded bomb I found in the backcountry of the White Sands Missile Range (where I shouldn’t have been in the first place!) and packed it out in my backpack, dug for buried treasure on the Mexican border, and even spent a few nights in jail. There was adventure at every turn. I was always broke, and never pleased with my life. My family had raised me for “great things.” They had hoped that I’d end up in politics or public service, like other prominent members of my family. Leave a mark on the nation. And while I was blindly following my nature in my 20s, with all the wandering and adventure, I certainly wasn’t getting myself closer to the Ben I was raised to be. And I felt an increasing sense of dread that I would disappoint everyone who had put so much effort into my youth. 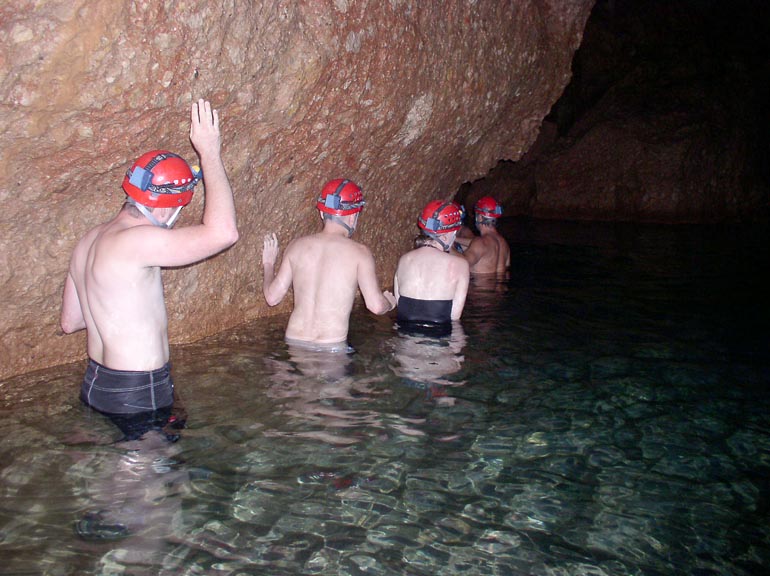 My 30s were less about wandering the globe, and more about…well…reality TV to be honest. How trashy and pathetic that sounds! It started with Rachael Ray’s “Hey, Can You Cook?” which was a bit of a rude awakening. As someone who pretty much exclusively watches CNN and South Park (when I have a rare moment for television), I was on reality TV before I had seen reality TV. And I learned quite a bit in that first stint. Namely, that networks produce reality TV not because Americans love it, but because it’s cheaper to produce than scripted television. And if you leave reality TV to reality, you end up with something that MIGHT be great, or might be boring. And we can’t have viewers tuning out. So virtually all “unscripted television” is carefully crafted to remain gripping from episode to episode. 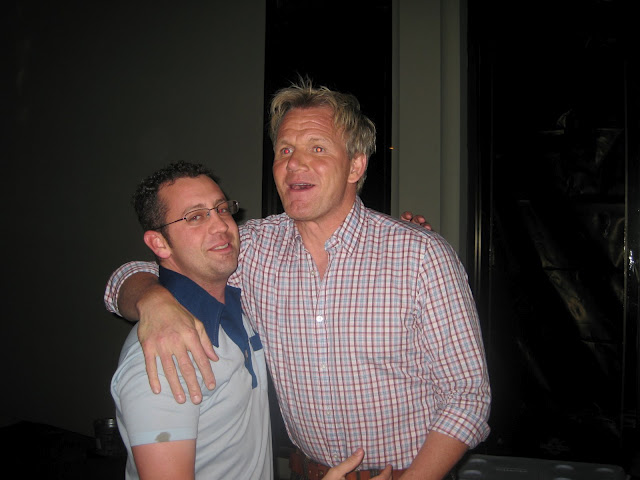 Despite my complicated relationship with reality TV, it changed my life. After MasterChef, my life became entirely about cooking. For the past 5 years I’ve been wrapped up in this bizarre, unconventional anti-restaurant project with Jennie Kelley and Adrien Nieto (both from MasterChef) called FRANK, where we basically throw the most fabulous dinner party on the planet for a bunch of strangers who gather around a massive table, and they feast and drink and learn all about the ingredients and the techniques and the stories behind the farmers. And it has been the single most fulfilling enterprise of my life. 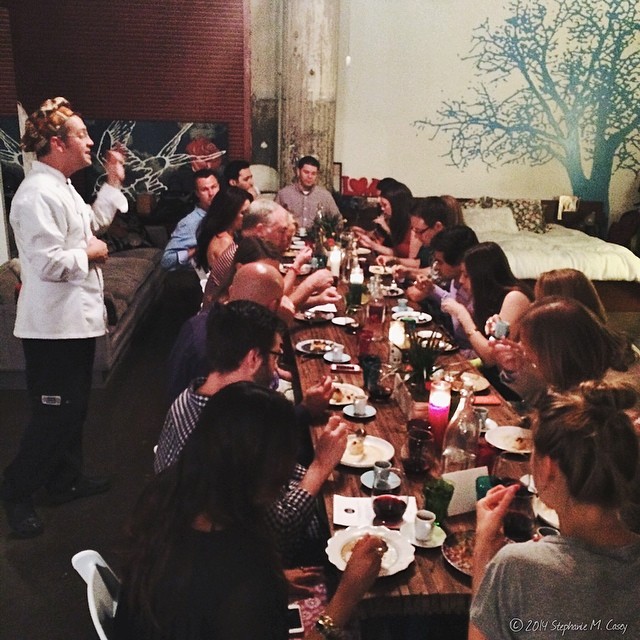 Who knows what my 40s will have in store? If I judge them based on the trajectory of my life thus far, they’re gonna be pretty awesome.

But when I look back on what I’ve learned in this half of my life, it’s actually pretty simple:

Be good to people. Love them desperately, unconditionally, even when it’s hard to. And take them on adventures.

Last night I walked into my favorite little neighborhood Italian restaurant…the kind where you can bring your own bottle of wine and have a fabulous dinner for $15. Where you know all the servers and they all know you and get excited to see you walk through the door.

I expected to see my friends from FRANK there…maybe 10 people at the most. Today I was to celebrate with some of my older friends who I’ve known from my 20s and before.

As I strolled through the door, I saw a familiar face that did not belong there. A dear friend who lives in San Francisco. A guy I’ve known since he was a kid. 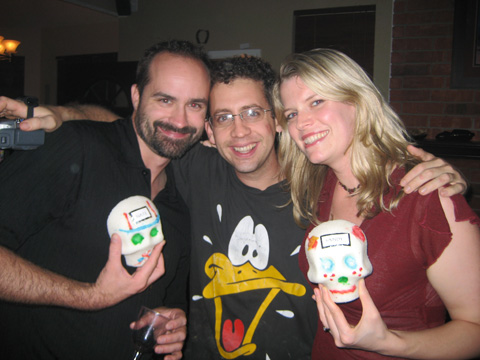 And then more faces…a couple who I’ve known more than half my life. They live in San Diego and I’ve been all over the world with them…crawling through skeleton-filled caves in Belize and zipping across azure waters in a rickety boat in Thailand.

Then the face of one of my dearest friends from LA, who built a business with me and has provided me with a livelihood for the past 15 years that I’d never have been able to achieve working an hourly job. He and I have climbed volcanoes and snuck across borders together. He is my kindred spirit in travel.

Then the face of the first person I ever truly fell in love with…a guy I’ve known since he was a kid. I’ve known him far more than half his life. He and his partner live in Seattle, and I’ve backpacked with him through forests thick with grizzly bears, and watched fountains of lava plummet into the ocean, spraying us with hydrochloric acid, and chased pigeons in busy city squares.

Face after face, from people who lived thousands of miles away.

These faces did not belong here. How was it possible that they were all gathered together? For me?

After weeping…and I mean that ugly, UGLY kind of weeping where your face muscles start chasing the nerve impulses in your brain and your bottom lip ends up near your left ear…for many, many minutes (hours?)…I sat down in a daze, surrounded by more than 30 people from my life. People who have shaped me. People who I desperately love. There were faces of childhood friends I’ve loved since grade school. There were faces of people I’ve known only a year, but who I’ve come to love just as much.

Part of me felt worthless. Almost guilty. These people had traveled halfway across the country to eat dinner with me on my birthday. How could I be worth that? What could I possibly give them that evening that could justify their journey and expense?

One by one, they told me what role I had played in their life. It was like being hit by emotional 18-wheelers, one after the other.

But all I had done was love them, each in their turn. For some, I was a naive child when I started loving them. For some, I was a world-wise adult. But I loved them, and I took them on adventures. Taught them. Learned from them. Was good to them. Loved them honestly and endlessly, in the only way I knew how.

I wish everyone could experience what I experienced last night. 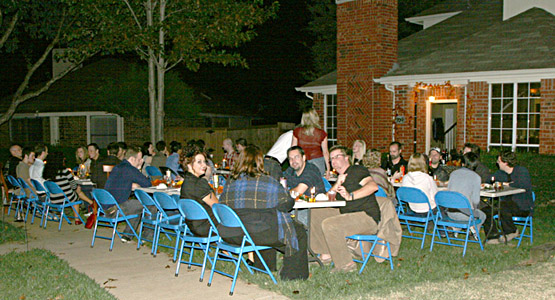 As I move into my 40s, I realize that the ONLY thing that makes life worth living is the people you live it with. I galavanted across the globe as a young, irresponsible guy running away from the expectations of family. But when I dragged people with me, I was building the foundations of a friend family that are, without a doubt, the thing that gives my life the most meaning.

I’ve said it before, and I’ll say it over and over again until I die, whenever that may be:

I am the richest person on this planet. Not for money…for I have almost none of that. I am rich, endlessly and unimaginably, from the love of the people who’ve left their grubby fingerprints all over my soul.

Jennie, Chris, Doodles, and my Sweet Lover…I can’t thank you enough for orchestrating this best-of-all-surprises. It was the best night of the last 40 years. 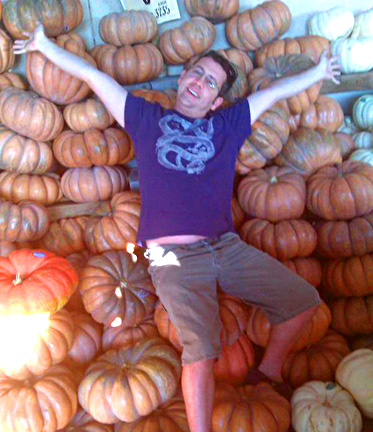 This entry was posted in Blog. Bookmark the permalink.

9 Responses to About Last Night