How to Cook a Pumpkin and Turn it into Puree

In the fall, we’ve got pumpkins coming out our ears, and it just pains me to think that 95% of the pumpkins grown in this country are simply carved for Halloween and then tossed into the trash.  Sometimes people buy 4 or 5, carve only one, and let the rest sit on their front porch through the holidays until they rot. 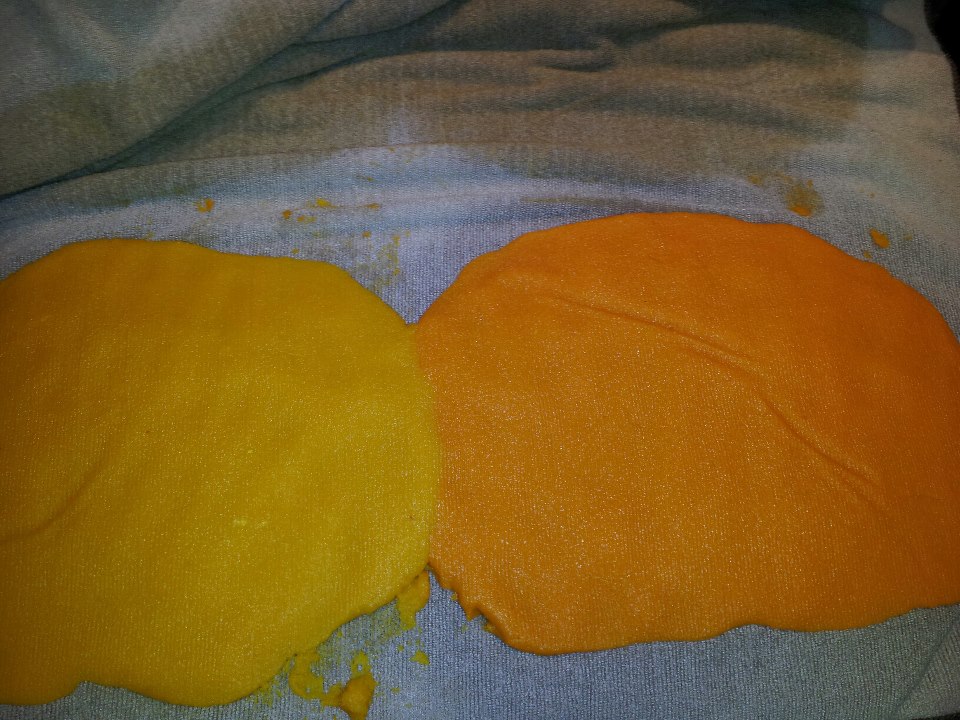 Some people don’t realize that even jack-o-lantern pumpkins are ENTIRELY edible.  EVERY variety of pumpkin is edible.  Yes, some varieties have smoother flesh and are sweeter.  (I tend to prefer the European pumpkins…often sold as “Cinderella” or “Fairytale” pumpkins, because their flesh is deep orange, finely grained, and very sweet.)  But ALL pumpkins are edible, so grab that one sitting on your front porch and cook it down!  It will make delicious pie, pumpkin bread, soup, or curry.

Take the pumpkin and cut it in half.  If you want to save the seeds, scoop out the seeds and stringy bits.  But you can save time by leaving them in the pumpkin.  It will be easier to scoop them out after the pumpkin is cooked.  If you are cooking down a carved jack o’lantern, just cut out the carved portion and use the section that wasn’t carved.  Rinse it out if it’s been outside for a bit.  The cooking heat will sterilize it.

There are two options for cooking: roasting/baking or microwaving.

To bake, place the pumpkin, cut side down, in a rimmed baking pan.  Fill the pan with about 1/2 cup of water.  Then bake in a 350F oven until the pumpkin is soft when you press on it with a wooden spoon.  This can take anywhere from 30 minutes for a small sugar pumpkin to 90 minutes or longer for a big pumpkin.
Remove the pumpkin from the oven and let it cool.

For the microwave, place the pumpkin, cut side down, on a plate and microwave on high for 20 minutes or longer until the pumpkin is soft.  You may have to do this a half at a time, depending on the size of both the pumpkin and your microwave.  The pumpkin will release a LOT of water, which may cause steam to condense behind the timer display.  It will eventually evaporate…no worries.  But you may end up with pumpkin juice all inside your  microwave and have to clean it.  I DO use this method when I’m in a hurry.  Let the pumpkin fully cool.

If you left the seeds and strings inside, scrape them out and discard them.  Then scrape out the flesh with a spoon, put it in your blender or food processor, and process until it’s smooth.

Your puree will probably be watery.  To eliminate excess water, pour the puree onto a clean bath towel, fold the rest of the towel over the puree, and pat it down gently and let it sit for 5 minutes.  The extra water will be drawn into the towel.  Instead of trying to scrape the pumpkin off the towel, just use the towel to fold the puree over on top of itself a few times, then dump it into a big bowl.

If any of this is confusing for you, in my Pumpkin Pie with No Cans video, I demonstrate the cooking and puree process, so check it out: