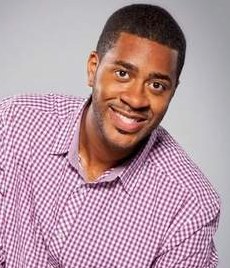 For those of you who don’t know, Josh Marks, runner up from MasterChef season 3, died last week at his own hands.  This tragedy is too awful to process, even for those of us who didn’t know Josh.  I cannot imagine what his family is experiencing.

I haven’t addressed this issue earlier for several reasons.  Since I didn’t personally know Josh, it wasn’t my place to comment on it.  And since Josh’s personal struggles since leaving the show have been hyped and scrutinized by the gossip media, I did not want to contribute to the rumor mill flying around.  Josh was laid to rest yesterday in Chicago, and his family wants to create a legacy in his memory to help others struggling with mental illness, so I feel it’s now appropriate for me to touch on Josh’s story and let people know how they can help.

Josh’s MasterChef journey was not a smooth one.  While we, the audience, recognized his talent and likeability from the beginning, Josh was eliminated in an egg-cooking pressure test 8th from the top, shocking us all.  In my blog recap, I wrote more extensively about Josh’s elimination than probably anyone else that season:

“I have really enjoyed watching Josh this season.  I think that, technically, he is one of the best cooks in the competition.  He continually surprised me with the sophistication of his dishes, and his mature instincts.  Josh is the kind of person who I expect to actually become a chef, unlike most of the popular contestants on all 3 seasons.

“And this is evidenced by the fact that Gordon offers him a job.  (I’m absolutely certain Joe will do the same.)  Ultimately, MasterChef is NOT a cooking competition.  The cook with the best overall skills does not win.  Were that the case, we’d stop watching because it would be insufferably boring.  MasterChef is a TV show with dramatic turns and twists, and we end up rooting for characters who may not necessarily have the most talent or skill, but who have integrity and character, with whom we connect and identify.  We want THOSE people to win, even if other contestants are more talented.  So there is a lot more that must be taken into consideration in the judging process.

“That said, I think Josh might have taken it all, were MasterChef an entirely merit-based contest.  He is most definitely a force to be reckoned with.  And I can’t wait to see what’s next for him!”

Dark words when I read them now.  Of course, a few episodes later, Josh landed BACK in the MasterChef competition after several previously-eliminated contestants were seemingly-randomly selected to compete in a pressure test to win back their apron.  Despite obviously not performing the best in the pressure test, Josh was engineered back on the show (at the expense of others who performed much better), which left a bad taste in my mouth.  You can read the blog about this episode and the 80+ comments left by fans to understand why the producers made this choice…it caused lots of stir.  And it was no secret that Josh was a fan favorite that the audience felt was eliminated too early.  But, as he didn’t perform to his normal standards during the challenge, it certainly appeared very artificially engineered that he was back.  And according to his friends on the show, he was also fairly puzzled as to why he won out over better dishes in that challenge.  This may have planted the first seeds of his discontent with the show.

Josh then advanced all the way to the finals on the show, but it’s a different Josh that we were shown.  Whether through editing or reality, after his comeback Josh was more competitive, more solitary, more aggressive.  When David Martinez forgot the rice for his rice pudding, Josh boasted, “If I had any rice, I wouldn’t give it to him.”  Then an interview clip of him saying, “I think I’m way more competitive than most people in this contest.”  If you’re a regular blog reader of mine, you know how much I caution people against making ANY kind of correlation between a real person and what you see of them on reality TV.  Editing is highly selective, and sometimes sound bytes are even pieced together from separate things a contestant says on completely different days.  But one thing is for certain…Josh watched how he was represented on the show when it aired, and the pre-elimination Josh character was a very different character than the Josh character who won his apron back and went all the way to the finals.

Josh was not at peace with his runner-up position.  There was a lot of angst and heartache among the core MasterChef family that season over it.  But they all recognized that it wasn’t simply the jealous actions of a “sore loser.”  Josh wasn’t well.  He suffered from bipolar disorder. While his fellow season contestants may postulate otherwise, the MasterChef legal team has made it V-E-R-Y clear to me that the show’s producers and psychologists did not know about Josh’s condition before or during the filming of the show. (Contestants undergo exhaustive psychological evaluation before being cast, not only to uncover issues like mental disorders, but also to understand how contestants respond in stressful situations, so the show can be crafted to be gripping for each character’s story arc.)

Not much is publicly known about Josh during the period post-MasterChef until July of this year, though he was working professionally in restaurants.  He had been selected to compete in the highly respected Culinary Night Fight in New York.  And he had become a national spokesman for the Make A Sound Project, an organization that helps prevent suicide…revealing to the public that he has struggled with suicidal tendencies in the past.  Then, in July, Josh was arrested under strange circumstances that clearly indicated his mind was not well.  Rather than be sent for psychiatric evaluation, Josh was placed in jail and received no mental health treatment.

MasterChef scrambled to contact other season 3 contestants, warning them not to talk to the media.  We don’t know if they reached out to Josh or his family to see if any support could be offered, though I imagine we’d have heard about it. (They have now reached out to the family.)

After being released from jail, Josh’s mother struggled to get him help.  There were not enough spaces available in an in-patient facility where he could me monitored constantly.  Faced with astronomically prohibitive costs far beyond the family’s means, Josh entered an out-patient treatment program at Mercy Hospital that insurance would help to cover, though his mother expressed skepticism over the quality of the program.  At the end of this treatment program, Josh was informed that he was likely schizophrenic.  (At the end, just before discharge.)  Josh’s mother picked him up from the hospital and could tell how distraught he was over receiving this diagnosis.  The next day, Josh left his apartment, acquired a handgun, and, at age 26, ended his struggle in an alley nearby.  At least some family members were present, and his mother arrived moments after.

I’ve never written anything as horrible as this…my fingers aren’t wanting to keep typing.  I’ve lost two dear friends and several acquaintances to suicide, and I know all the emotions and doubts and regrets and guilt.  Even when I write about horrific issues, like children being discarded by their parents over issues of sexuality or gender identity, there is always something to celebrate at the end.  A triumph.  A life saved.  And while I have no doubt that Josh’s loved ones will use this struggle and the power of Josh’s story to save others from a similar fate, we’re just not there yet.  We’re in the middle of the despair.  In the thick of the questions…so many of which are questions we, as Americans, are struggling with right now.  Do we offer enough care to those wrestling with mental disorders?  Why can’t prisons rehabilitate, rather than perpetuate?  Why do we allow mental disease to be stigmatized to a much greater extent than physical disease?  How can those suffering from mental disorders so easily acquire weapons that can be deadly to them and others?

There are other questions that I will never be in a position to entertain.  Josh’s family considers reality TV to be the impetus for Josh’s mental disorders.  His mother states: “I hadn’t noticed any signs of anything wrong or any mental illness until after Josh completed filming MasterChef.  The time he was away filming was extremely stressful on him.”  I’m no psychologist, and will never be privy to the inside information regarding the production of Josh’s season and how the producers and their psychologists crafted Josh’s journey.  I caution anyone against hurriedly passing this off as being the exclusive fault of MasterChef’s producers or the network.

What I do hope is that this tragedy prompts the industry to look at how they treat their contestants, both during and after the filming.  Reality TV is produced not because the American public loves it, but because it’s cheap.  Hired actors are protected by unions that provide health and mental care, and have strict rules to protect them from the rigors of film and television production.  It’s far easier and cheaper to use “real” people who don’t have to be paid ANYTHING to be on TV, and who willingly sign contracts allowing them to be exploited in numerous ways.  And while most production companies have at least one psychologist on set, after meeting said psychologist for my season, it’s not entirely obvious to me that the doctor is there exclusively to ensure the mental health of the contestants, rather than assist in the crafting of the show’s story.

Many reality TV contestants experience mental and emotional hardship in the aftermath of the filming and airing.  At least one top contestant from my season struggled with suicidal tendencies and abject depression, and is only now starting to recover, 2 years after.  Multiple contestants from this past season have been suicidal, as well.  Actual suicides by reality TV contestants are certainly not unknown.  So it’s time for the industry to look at the mental health of its contestants, not only during filming, but after, as well.  And it’s time for us, as a culture, to banish the stigma around suicide, so our friends and family members aren’t scare to confess if they’re struggling with such thoughts.  I doubt there’s a single one of us out there who hasn’t contemplated it in our darkest moments.  I certainly have.

Josh Marks was a breathtakingly talented young man.  We, the world, were lucky to have shared in his light during MasterChef season 3.  Josh was loved by so many fans.  The tragedy is that mental illness prevented him from FEELING that love, and the love from those closest to him.  No one of sound mind who feels truly loved takes their life.  The issue here is illness.  And so many people struggle with it.

Until his death, Josh was actively involved with the Make A Sound project, to raise awareness about suicide and help those struggling with suicidal thoughts.  Josh’s family is encouraging those who wish to help to make a donation to Make A Sound in Josh’s name.  A donation link can be found midway down their homepage.  Josh’s mother is working toward establishing a foundation in Josh’s name that will fight for increased mental healthcare in this country, and when that is up and running, I’ll let you all know.

In the meantime, I ask that comments on this post be celebrations of what you remember of Josh…sharing of personal struggles with mental disease, either your own or those of loved ones…words of encouragement for anyone struggling with thoughts of suicide…and support for Josh’s family, his memory, and legacy.  Let’s not devolve into political arguments or outlashings against anyone, out of respect for Josh and his family. 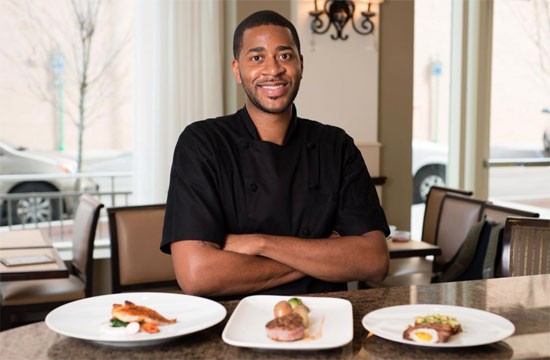