All About Australian Wine 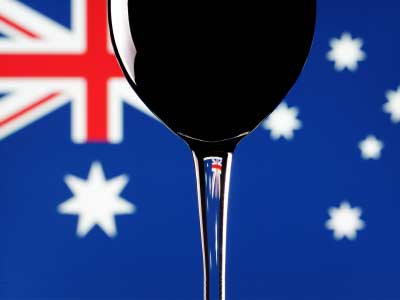 Most Americans are familiar with Australian wine.  Ask any person with average wine knowledge what wine comes from Australia and they’ll tell you, “Shiraz.”  Of course, many other varietals are raised there, but Shiraz (the same grape as Syrah) is the most popular wine grape grown in Australia and it is responsible for making Australian wines famous around the world.

Australia produces a staggering amount of wine…more than 1 and a half BILLION bottles a year, with more than half that being exported.    Australians overwhelmingly prefer drinking their own wine, as only 16% of the wine sold in the country is imported.  (Compare that to 35% in the US, and 12% in France…and you know how much the French prefer their own wine!)  In the year 2000, Australia began selling more wine to the UK than their own neighbor France!  Australia is the 4th largest wine exporter in the world, and they are the 7th largest wine producer behind France, Italy, Spain, the US, China(!!!), and Argentina.  But when you factor in their population, that 7th place spot becomes even more incredible…with only 22.6 million Australians, they have less than half the population of any of the others on that list.

Wine is produced throughout Australia, though most Americans are familiar with the South Australia and Southeast Australia wines, simply because these regions produce the most wine in the country.  The most popular red grapes are Shiraz and Cabernet Sauvignon, with Merlot a distance third.  For whites, Chardonnay is hands-down the most popular varietal.  (Though neighbor New Zealand is famous the world over for producing the finest Sauvignon Blancs on the planet.) 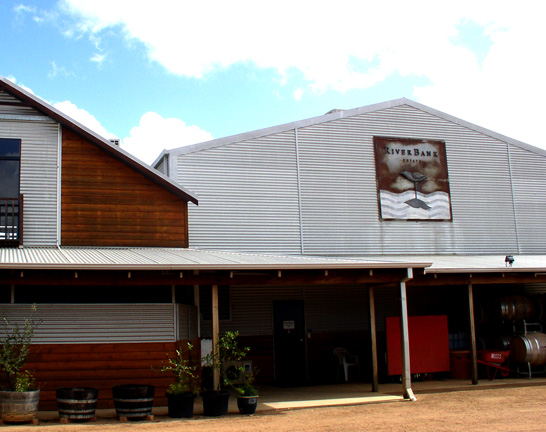 Of late, I’ve been most interested in the wines of Western Australia.  You may have read on recent blog posts that my very first winery visit was in 2002 at the Riverbank Estate in the Swan Valley wine region of Western Australia, just outside of Perth.  I had, of course, been drinking wine for many years before that.  But this was the first time I was exposed to how wine is created.  Tasting a flight of wines from the same grape and vineyard, but year by year, made me realize just exactly how important the climate is to the production of great wines.  The same vine yielding the same grapes will produce RADICALLY different wines from year to year…depending on sunlight, fog, rainfall, heat, cold.  No matter how much control we gain over the winemaking process through technology, Mother Nature is still the master vintner, and She’s the ONLY one that can ensure a near-perfect, legendary wine. 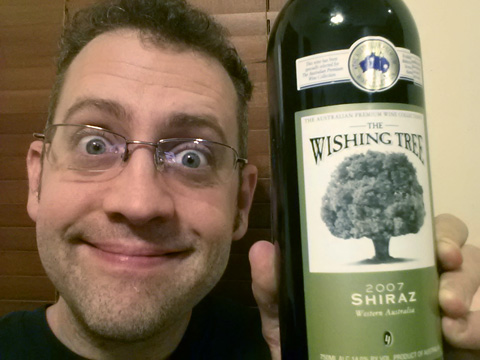 Wines from Western Australia can be hard to find in the US.  (I’ve been trying to track down a bottle for 2 weeks so I can blog about it for my potential job as TasteMaster in Western Australia!)  I finally met with success!  This is a 2007 Shiraz from Wishing Tree, an estate in the Margaret River region.  (I found it at Goody Goody in Highland Village, for anyone in the Dallas area having trouble locating Western Australian wine.)  Eager to recapture those memories of my vinous intellectual awakening, I screwed off the top.  By the way, THANK YOU, Wishing Tree…I respect most winemaking traditions, but in the case of cork vs cap, progress wins out EVERY time.  The cork is a big liability as a wine ages.  The cap is far better insurance against oxidation, it’s easier to open, and its easier to store in the unlikely event that you don’t finish a bottle!  Aussie fan Sue informed me that the Australians pioneered the screw-cap wine bottle out of desperation, when they were producing so much wine in the 1960s that cork production couldn’t keep up…another example of Aussie ingenuity making the world a better place.  (Note…the cap was originally produced by a French company at the request of Aussie winemakers, so that should add an additional layer of security for those of you who’ve been dubious of the cap.)

This 6 year old Shiraz is honestly…remarkable.  Dark, full bodied, and incredibly dry, yet still somehow very fruity…like a mouthful of blackberries but without any hint of sweetness.  A comparable Syrah from the Hermitage region of France would command a selling price between $30 and $50 a bottle.  This Wishing Tree set me back $13.  I’d say we’ve found a winner.

And MOST wines from Western Australia are winners.  Pick up any respected global wine guide, from the Oxford Companion to Wine, to the World Atlas of Wine, and you’ll find references to Western Australia’s wine as among the finest produced in the whole country.  There’s a reason for this.  There are virtually no mega-wine companies in Western Australia.  Every vineyard is a small, family owned estate where the grapes are carefully cared for on a small scale.  So if your own personal experience with Australian wines is primarily limited to the mega-vintners like Yellowtail, Lindemans, Rosemount, Jacob’s Creek, or Penfolds, then you haven’t REALLY tried Australian wine.

Within Western Australia are 9 major wine regions, and the most popular are:

Margaret River – The most renowned of Western Australia’s wines are the cabs from this region, in the far southwestern corner of the state.  The climate is very similar to the Bordeaux region of France, which many wine critics agree still produces the finest wine in the world…(IN a good year.) It’s also by far the largest wine region of Western Australia.

Great Southern – The second largest wine region in the area, it is known for its Shiraz, Cab, and Pinot Noir, and Chardonnay, Riesling, and Sauv Blanc.  It’s a 4 hour drive south of Perth and is the most remote of the region’s wine districts.

Swan Valley – This is the oldest wine region of Western Australia, the first vineyards were planted in 1834, two decades before the first commercial vineyards were planted in California.  This region is less than half an hour’s drive from Perth, so it’s even closer to the big city than Napa and Sonoma are to San Francisco.  Shiraz, Cab and Chardonnay dominate here, though some incredible sparkling wines are also produced.

All the wine regions can be visited in about a week, so for the serious wine connoisseur, a trip to Western Australia might ought to be on your bucket list.  I’m keeping my fingers crossed that I get hired as TasteMaster in Western Australia and get to spend 6 months exploring the region’s wineries!