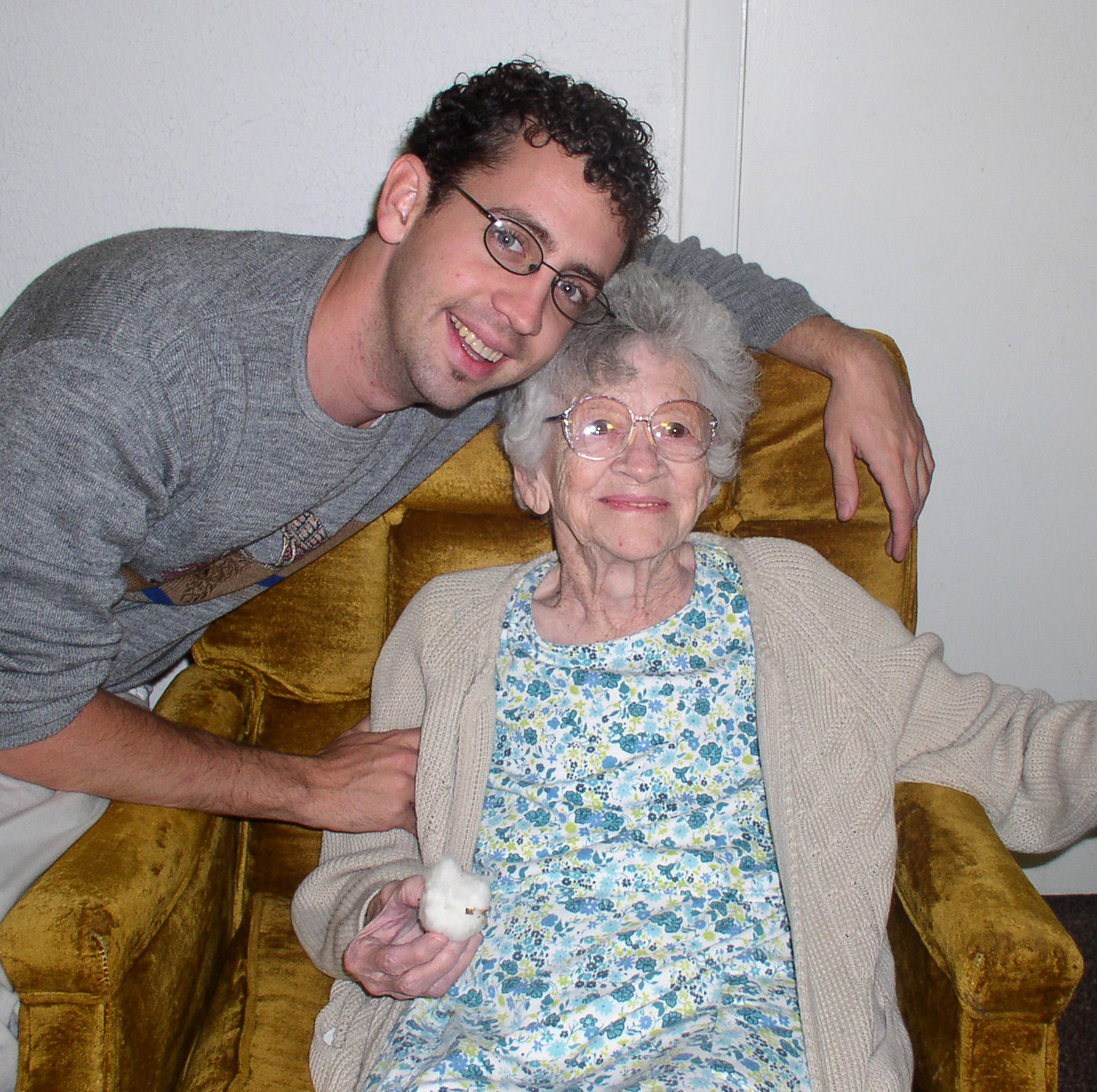 Meemaw, who knew more about cooking than I ever will

I know it may be traditional to “stuff” the Thanksgiving turkey, but a food scientist will tell you that it can be dangerous to do this.  Stuffing soaks up uncooked turkey juices, and unless you get the stuffing to the right temperature (165F), you risk a harmful buildup of bacteria.  (And you’re never gonna get the stuffing to that temp without turning your turkey into charcoal.)

Meemaw didn’t know this when she was making her Thanksgiving turkey, but somehow she broke out of the stuffing tradition and instead made cornbread dressing, to be served on the side.

You can actually use this dressing as a stuffing, adding it to the body cavity of the turkey after it has been roasted.

Either way, this is an amazingly flavorful dressing that Meemaw made for all our formal dinners.  To make it properly, you’ll need a recipe of Meemaw’s Skillet Cornbread.  Find the recipe on this site.

Mom took Meemaw’s recipe and did a few slight adjustments, making it even better.  I don’t mess with the recipe now, I think it’s as perfect as it can get.

Combine all these in a large bowl and work them with your hands until they’re well-mixed.  Then spread them in a 9×13 glass pan sprayed lightly with canola oil.  Press down gently.

Pour as much chicken stock as needed over the dressing to get it pretty moist.  You may not need the full cup, and you may need more.  Dot the top of the dressing with little bits of butter every few inches.

Then bake in a preheated 350F oven for 30 minutes or longer until you reach your desired dryness level.  You don’t want it soaked or damp, but you don’t want it bone dry, either.

This entry was posted in Recipes, Side Dishes and tagged Christmas, Thanksgiving. Bookmark the permalink.