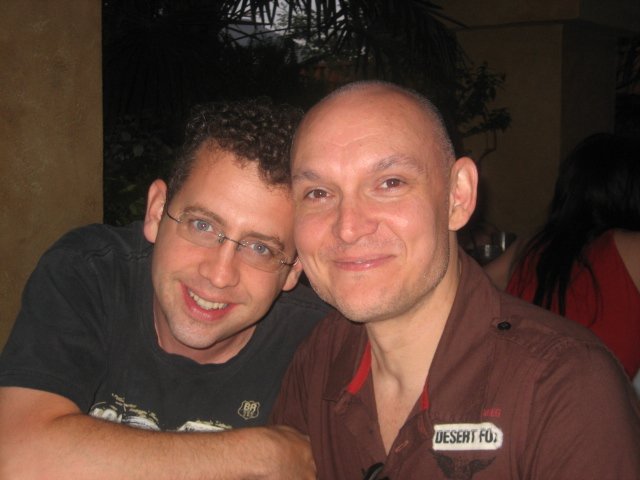 11 years ago today, I met Christian.  I’ll spare you the details.  No one would have imagined that two people meeting under the circumstances we met under would still know each other 11 years later, much less be a couple.  But life is funny that way, and fairy tales are just fairy tales.

I would love to be able to say that this is our 11th anniversary.  But we live in a state and a country that passes laws to prevent us from being able to say that.  So today we don’t celebrate an anniversary.  We simply recognize it as the day we met.  I practically moved in a week later when I got back from a cave exploring trip, so we have truly been a couple for 11 years.  But there’s no anniversary.  That would be illegal.  My neighbors across the street can celebrate THEIR anniversary, and it’s perfectly legal.  But ours is not.  It is forbidden by law.

But I discussed that last year, when we celebrated 10 years of being together, and many of your wrote wonderful, thought-provoking comments on that blog, and I can’t thank you enough for it.

Since 11 years isn’t the landmark that a decade is, rather than rant on about laws and scriptures, I think gratitude is more in order.  All of you reading this post know me as well as you can know me through the television screen and the lens of social media.  So I thought I’d give you a glimpse of what it’s like to be my partner…so that you understand exactly how thankful I am for him. 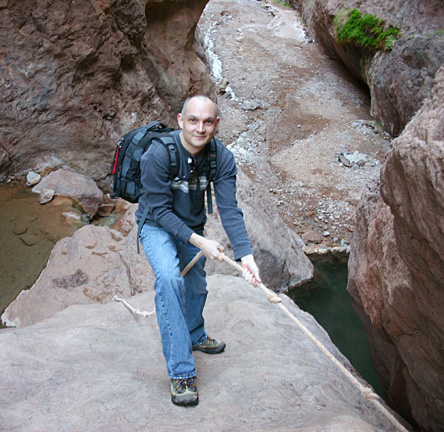 Christian works late, so in the morning, he wakes up in an empty bed and bumbles down the stairs, where I’m busy at work with my day job (tech support) on the couch.  He greets me and Oliver with a morning kiss and goes about his morning errands.  If he’s lucky, the kitchen is clean enough and I have the time to make breakfast.  (Those 2 factors don’t align nearly as often as they used to.)  He gets ready for work while I’m continuing my day job online, and he tosses a frozen Lean Cuisine into his work bag…after a longing glimpse of a fridge and freezer full of delicious homemade food in various stages of preparation.  (But, invariably…it’s for FRANK, it’s for an upcoming dinner party or catering event, it’s recipe testing for Nimble Chef, or it’s otherwise off-limits.)

He goes to work at American Airlines, where he has worked since he was 18 years old.  (I won’t tell you how old he is now, because he wouldn’t want me to, but he’s been working for them more than 20 years.)  He doesn’t love his job.  Primarily because he has integrity.  And he watches coworkers spend the day doing everything they can to avoid work, and watches them get rewarded for it.  He watches the inefficiency and excess of a multinational corporation interfere with what otherwise could be a profitable airline providing top-notch service.  After 8 hours of constant stress, making sure your airplane is balanced properly before takeoff, with its load of fuel, cargo, passengers, and baggage, he commutes home late at night.  He is greeted with puppy kisses when he walks in the door.  And there I am, still on the couch…blogging about MasterChef…responding to fan emails…planning for Burning Man or an upcoming FRANK.  I greet him with a kiss, but my brain is elsewhere.  He makes himself some popcorn and pours a glass of wine, and I try to get to a stopping place so I can clear my head and truly hear how his day was. 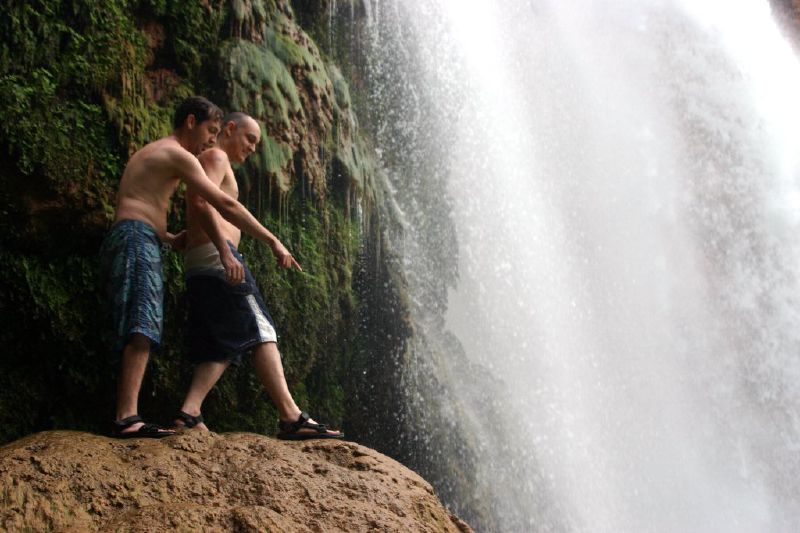 An hour later, I’m having trouble keeping my eyes open and I trudge upstairs to bed.  Christian looks around at the stuff scattered about the house…my underwear on the floor.  Dirty pots and pans in the kitchen waiting for me to clean them.  Cookbooks and hiking books and solar electricity books scattered all around the coffee table.  Dirt has been drug in from the garden.  There’s a chicken feather on the rug, because I brought one into the house to meet a new friend.  Christian is a neat freak.  He needs everything to be in order.  But I live in the house, so everything is always in chaos.

A few hours later, he comes upstairs to bed, and I’m snoring away, desperately snoozing for a few hours before I have to get up again to manage what equates to 3 full time careers.

During MasterChef, lots of folks said something to the effect of: “You cook, you write, you garden, you fix cars, you build and rehabilitate houses, you cut hair, you sing, you’re a massage therapist…will you marry me?” 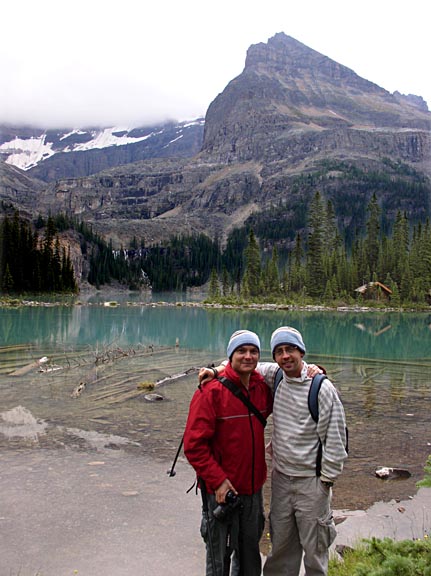 But the truth is, living with Ben Starr is no walk in the park.  Because Ben Starr is always so busy helping everyone else, that he’s never free enough to help those closest to him, much less himself.  Christian looks at me and sees someone who should be making crazy good money by charging for the many skills I possess.  And he watches me give it all away for free, or for far less than the time and effort I spend on it.  He counts every penny and struggles to pay the bills each month, while I’m donating what few pennies I have to a charity, or driving halfway across the country to help throw a fundraiser, or spending my entire paycheck building a solar array to power a camp at Burning Man, so that 35 people, most of whom I’ve never met, can have a life-changing experience in the desert.

And at the end of the day, he looks at me asleep in bed, and he smiles.

And that is why my partner of 11 years is the most amazing person I’ve ever met.  He puts his needs and desires to the side, so I can spend my money and my life doing things for other people.  It’s the way I’m wired.  And while he certainly gets frustrated by it…he understands me to my very core.  (Not many people do.)

So on this day…11 years after our paths crossed and instantly intertwined…I have to thank Christian for enduring all he has endured as my partner.  Christian, one of these days you can sit back on the couch and play with your cameras and start painting and sculpting again, and you won’t have to worry about bills.  I promise.  One of these days, when you talk about the new super car from Lotus or Ferrari, and I playfully jest, “I will buy you one for your burfday!”…perhaps I’ll actually be able to.  One of these days, my cooking skills will belong only to your every whim.  And we’ll sit on our porch on a farm in Hawaii, watching our puppies play with our baby goats, and we’ll wonder where all the time went.

Life is short.  And we’ve only got one.  And I’m thankful in every fiber of my being that I’ve got the most amazing person on the planet to spend mine with. 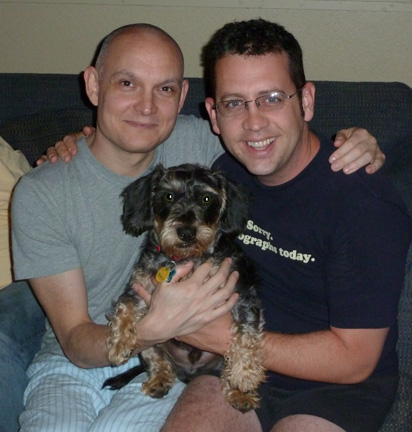 This entry was posted in Blog and tagged anniversary, gay marriage, partner. Bookmark the permalink.